Well this could almost be the highlight reel couldnt it? Ive been pondering my next blog post for too long so best thing to do is to DIVE IN head first, right?

Being that Thanksgiving flew by as did the entire month of OCT and NOV, here I sit in nearly Mid December thinking " whoa how did this happen? " Work has been so busy and so fun and I promise you that taking an off season opens up so many doors and so much freedom that it almost makes me wonder why everyone doesnt live in the north where the climate pretty much mandates that you cant ride and run and swim outdoors year round. As much as -5 and -25 windchill isnt fun, the sun is the brightest i have ever seen on these days as it bounces off the snow.

So. Back to the best of 2013. I have to say this was a pretty incredible year for me. Training and racing wise mostly, and also personally. I had alot of support in all those areas and you know who you are, but i wasnt sure how i was going to get thru 2013 minus my biggest fan. At the same time I know I am tough as nails, but we all know that sometimes being tough just means you get thru stuff it doesnt mean you actually are happy. There were many ups and maybe a few more downs personally but honestly what came of that in the last few months has been nothing short of a blessing.

Racing? well I could not have asked for a better year. Starting with the fact that i was injury free the entire year and actually got stronger and faster at the ripe young age of 47? I will take it. More reason to believe your PT when she says you need to do strength 3 x week till failure and more reason to believe that doing Ironman year in and year out ( for me at least) isnt a good idea if you actually like to run and ride fast again. Again relative terms.
So here are some fun pics, maybe repeats from earlier but for me it sums up a great year of family, friends, training and making peace with myself:)


Short time out for some fun cabin time with sisters and dad and Ruby and nephew:) One bonus of short course is i wasnt tied to wkrouts over 2 hours. I know i will miss that this summer! 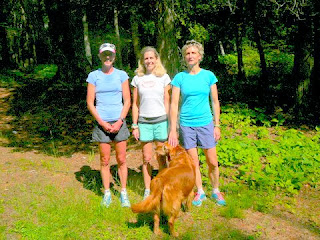 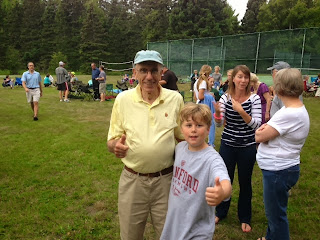 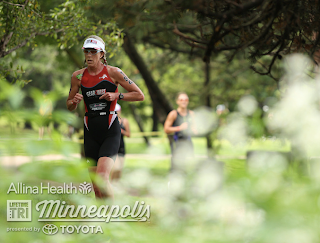 So while that montage was heavy on races and me smiling, it really just clicked along for me. I love it hot, we had some races ( one i missed including up there, but yawn i know this is getting long) where it was 45 deg at the start and the water was over 70. Hello July ?? I had so much fun in a season where i purposely said I was going to just mess around, race and stay healthy.

Off season meant staying on the bike as long as i could,  meeting steve and pam and Kj to swim just enough to earn some coffee and also continuing to run into our great lovely fall. The snow has fallen and outdoor runs are tougher but if its above zero and its not too windy I head out. Cant beat that fresh air and the possibility of Vit D being absorbed into the small patches of exposed flesh.

Off season also meant hanging with friends and family, visitors from all over, meeting new people and realizing that life with triathlon is pretty darn nice, but life without all the racing is pretty darn nice too. I am doing an Ironman next July and I am super excited to travel to a place i havent been. To race my heart out and before that train and see where it lands me. But i also for the first time know i wont be doing Ironman forever, so its nice to know that I am privileged to do this, its a gift not my birthright to do this sport and do it well. ITs also fun to think about spending a summer running more, or travelling or just moving for no purpose. But not this summer:) This summer has open water swims written all over it. That is after the ice melts in about 6 months:) LOL.

Thanks for reading and hope you all have a great holiday season.